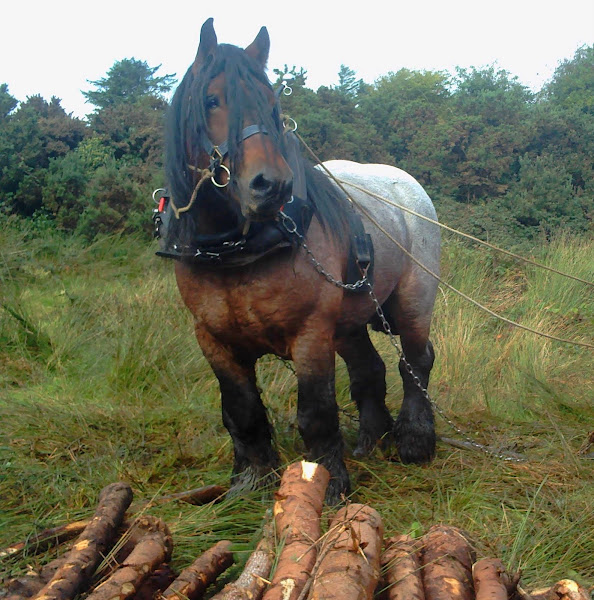 One man, one horse 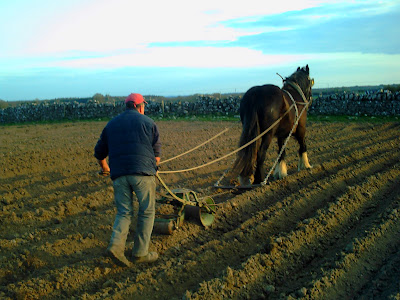 Fodder crops like turnips- traditionally fed to cattle and sheep and pigs were always sowed by one man and one horse- the skill being in able to drive the horse along the furrow (the low ground between the drills) while keeping the turnip sower dead centre on top of the drill (the high ground) where the seeds are planted. 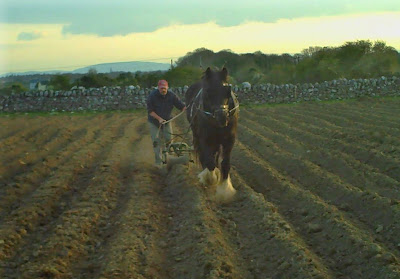 Such ingenious devices as this turnip 'barrow' or sower ensured a dribble of seeds was sown, the only disadvantage was that when grown  the plants had to be thinned out by hand. Although manpower was plentiful during the work horse era a horseman had to be able to do such work on his own to be considered competent. 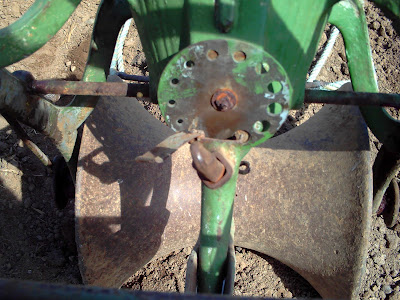 Any seed from tiny turnip seeds to large peas seeds could be sown with this barrow as there is a moveable disc which has holes of various sizes which can be moved into place to suit the size of the seed. 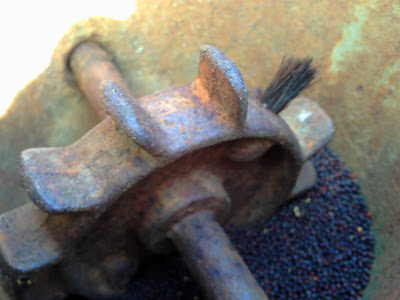 Inside the drum the seeds are separated by a tuft of bristles more often than not made of horse hair the horseman would take from his own horse when the origional tuft had worn out. 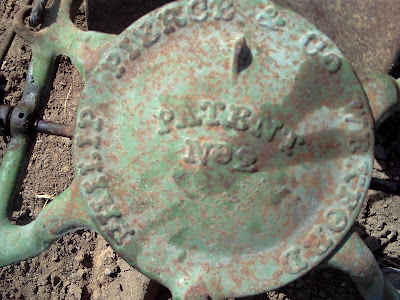 Drawn by the same Clydesdale mare as seen below with the roller, this turnip barrow was made in Philip Pierce's foundry in Wexford where much of the horse drawn - and eventually tractor - machinery in Ireland was made..
Posted by Tom Nixon at 4:41 AM 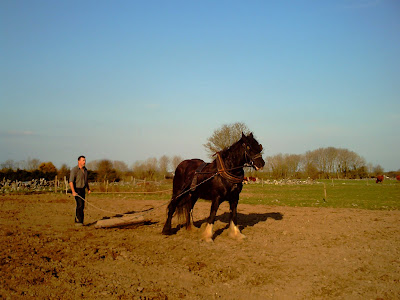 Here we have Bonny a 17 hands high Clydesdale mare taking a break from timber work.
With all the sun in the last few days ground conditions are perfect for the germination of seed. 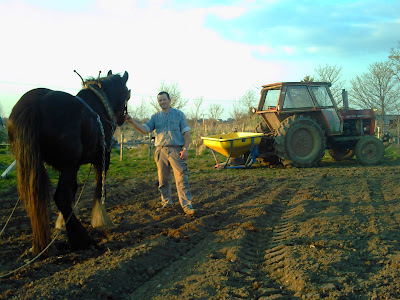 This is barley sown by farmer Paddy Rooney after he used a tractor to first plough and then rotavate his land at Rahard in Athenry, County Galway. 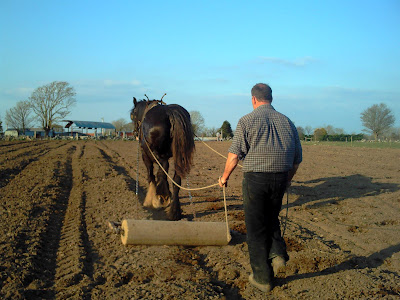 After this we used the horse to harrow down the clods into a fine seed bed and (once he had sown the seed using the tractor again) we rolled the sown ground using a stone roller pulled by the horse. This binds the soil tight around the seeds giving the emerging plants a firm base that they can get a good grip with their roots into. 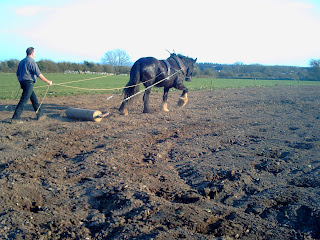 This is a great example of how a tractor and horse can compliment each other on a modern commercial farm, which is the only way a working horse is viable on today's farms. The idea of running such a farm on horse power alone being neither practical nor economical.
Posted by Tom Nixon at 1:00 PM